You are here: Home / How-To Guides / How Powerful Should a Gaming Laptop Be? A definitive Guide 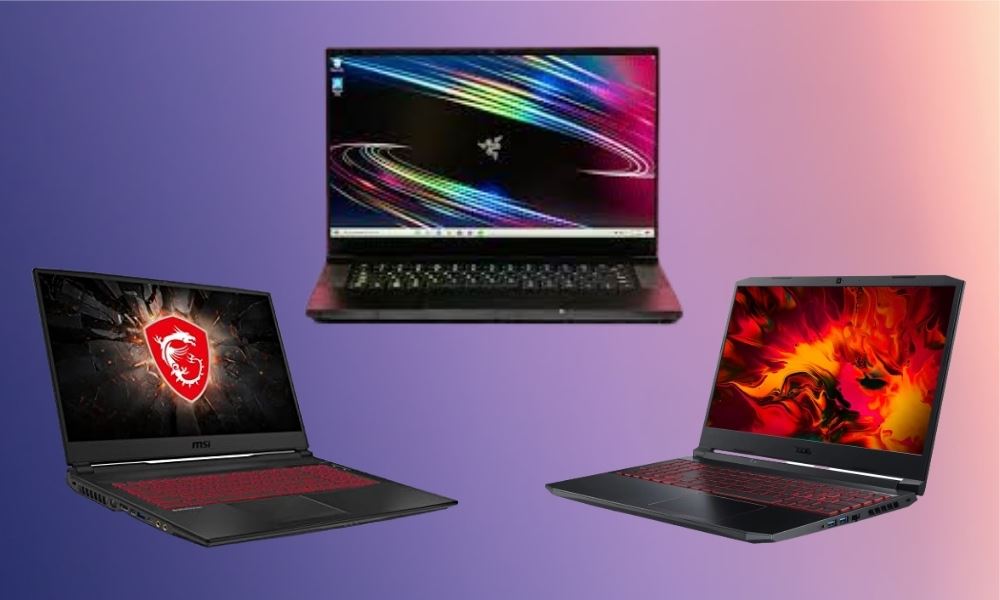 If you’re in the market for a gaming laptop, the question, aside from how much should you be spending, is what specs does it come with? But this question is not so easily answered. After all, the hardware needed to run Call of Duty at 4k/60 FPS will greatly differ from the minimum specs needed to play Stardew Valley and other pixel games.

To determine how powerful your gaming laptop should be, below are some questions to ask yourself:

What games do I play?

Are you an avid League of Legends fan? An iGamer? Someone who spends hours building their Sims community? The answer will affect the components your laptop needs to have. For example, those who play browser-hosted games like dot-io titles are looking at a mid-range CPU.

If you’re playing browser-hosted multiplayer games, that will require more CPU power—so look at laptops with high-end processors like AMD Ryzen 7. This is because you will need to run gaming clients to connect to local servers.

The need for a good CPU is especially true for multiplayer games that process payments on top of this, like pay-to-win titles, iGaming, and online poker. True enough, real money online poker games require not just accessing a poker site but extra plugins to ensure safe and quick transactions. The power verification cookies (to prevent identity theft) also need to be taken into account.


Am I going to use it for anything else other than gaming?

It’s fairly easy to determine what GPU and CPU you need based on the games you play. However, if you’re going to be using your laptop for other purposes, like video editing and streaming, then it needs to be even more powerful. Streaming needs at least an Intel Core i5 CPU—and that’s only for a 720p video quality.

Those looking to reach 1080p without their computer bottlenecking need an Intel Core i7 or an AMD Ryzen 7. You will also need 16 GB of RAM, as streaming has a multitude of processes happening simultaneously, such as rending, encoding, and uploading.

Similarly, those who program games need to pay attention to their laptop’s CPU. But instead of its model number, you should be looking at its number of cores and threads.

Video editing leverages both a laptop’s CPU and GPU, so you’ll need top-of-the-line models for both—plus, extra storage for your RAW videos.


Am I willing to improve its cooling system?

Unless the laptop you’re eyeing is the Dell Gaming G3—a ‎£928 behemoth of hardware that has all the gaming hardware you’ll need—and other expensive models, your laptop needs to be really powerful… unless you’re willing to work on its cooling. Not only does the quality of your cooling improve your laptop’s overclock potential, but it also protects it from irreparable damage due to extreme heat.

You can buy a powerful cooling pad, for instance, to improve the air circulation of your laptop during gameplay.

If you’re confident enough to play with hardware, you can also purchase thermal paste or pads and apply it to the components that overwork when gaming (e.g. the CPU and GPU). These directly improve your components’ performance, allowing you to optimize gameplay even if your components aren’t the most powerful.

For those who want a non-gaming laptop, do check out our buying guide.